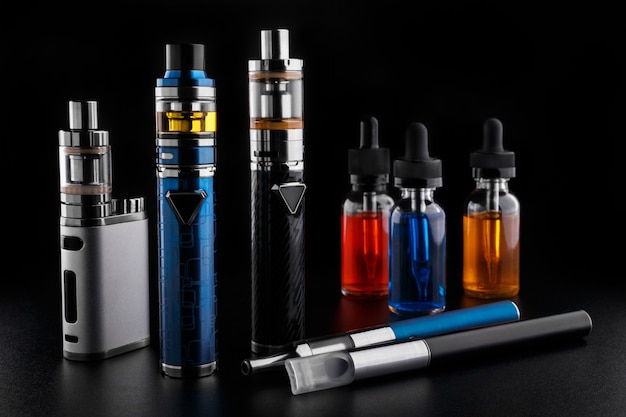 According to the Centers for Disease Control and Prevention (CDC), the diagnosis of cancer in the United States has been in a steady decline over the last 30 years. Perhaps even more importantly, the American Cancer Society (ACS) estimates that cancer-related death rate has also sharply dropped about 25 percent since 1991.

Meanwhile over the past five years, more and more adult smokers successfully quit by switching to vaping products as tobacco harm reduction tool that is safe and effective. CDC also claims that adult smoking rate in America is now at “all time low” during the same period.

This raises the question: vaping IS NOT SAVE LIVES?
The most current ACS data collected and analyzed in a broad spectrum of demographic and socioeconomic conditions seemed to suggest a possible link between the rise in popularity of vaping and historic decline in adult and adolescent smoking. In addition to increased levels of smokers switched to vapes, other factors including fewer Americans are uninsured, for better public education about the dangers of smoking, and improve the detection of cancer diagnoses in the medical community.

The annual public health initiatives such as the ACS The Great American Smokeout and European Stoptober campaign that positively impact the possibility of a steady decline in adult smoking rates and cancer, as well. Since the first Great American Smokeout that occurred more than 40 years ago (when about 35% of the entire United States are smokers every day) the number of adult smokers fell to a stunning 13.7% in 2018.

ACS also estimates that this new historic lows in the adult smoking rate of the last five years has saved approximately 350,000 people between 2014 and 2015 alone. Incidentally, this year as well as vaping product sales are at their peak.

Of course, it is still too early to say whether there is a direct relationship and scientific, but several studies ongoing research continues to show vaping which may be a significant factor for the dramatic drop in adult cancer diagnosis last few years. One recent study conducted by scientists from the University of California (UC) and endorsed by the National Cancer Institute of the National Institutes of Health under the State and Community Tobacco Control (SCTC) Initiative.

UC research titled E-cigarette use and related changes in the population to stop smoking: evidence from a survey of the current US population (BMJ) examined whether the increased use of nicotine-based vapor products associated with the recent increase to quit smoking permanently. Study co-authors concluded that when the use of e-cig in the US is at its highest point, more and more adults who successfully quit smoking simultaneously.

A second study from the University of Louisville to analyze the ratio of success of various smoking cessation methods, including the following.

old school method of cold-turkey
prescription drugs such as Wellbutrin and Chantix
Big Pharma smoking cessation products such as nicotine-infused patches, gum, and lozenges
And various open-tank and steam disposable products.
University of Louisville study suggests that electronic cigarettes and vaping devices have the highest success rate for adult help to quit smoking permanently. In fact, the evidence is now regarded as very positive that the United Kingdom’s Public Health England has openly supported vaping as an aid to quit smoking. The US Food and Drug Administration has not been followed.